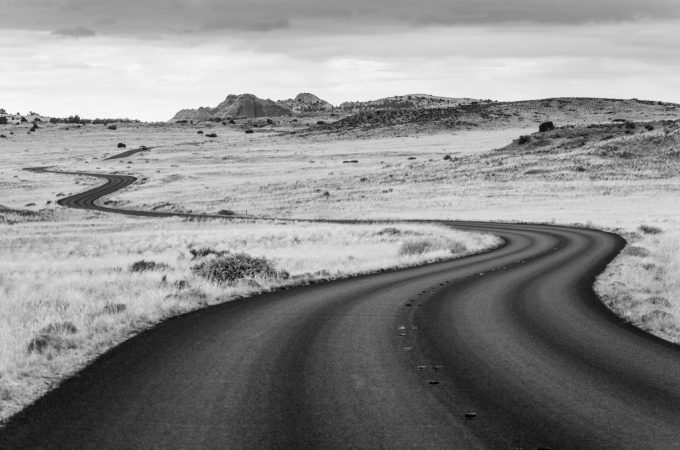 Obstacles are the cost of greatness. -Robin Sharma

I have a dirty secret: I am in a serious running slump.

I bet you didn’t expect this bombshell as the first post since the World Marathon Challenge and re-kindling my blog! Frankly – neither did I. It’s not that I’ve lost the love for running. Heck no! My heart is in the right place but my head isn’t and I’m being tested in ways I haven’t been tested in the past and I’m struggling to deal with it. It’s time to spill the beans and cleanse the soul. Grab some popcorn folks this is a long one!

After finishing the World Marathon Challenge – arguably the high point of my running career – I didn’t skip a beat. I finished my 4th One City Marathon, my first Boston, ran Rim2Rim2Rim at the Grand Canyon with Shawn and finished my 2nd 50 miler. All totaled 18 runs/races for the year of which just 4 of those were shorter than the Marathon distance. It’s safe to say 2018 was epic. I should have kept my mouth shut.

It started sometime before Burning River – my body started sending signs I was pushing too hard. I guess that makes sense – I trained hard for running on 7 Continents and then continued to push it. I had planned to do my first 100 miler at Burning River but it became clear quickly I wasn’t going to be able to handle the training I needed to complete it – at least not without risking something even worse happening. My left leg was bothering me, my back was bothering me and my training was becoming a chore rather than a labor of love. So I actually dropped back to the 50-miler and had a great time sharing the back half with Howie. Then I took a break to focus on recovering and start focusing on Coastal Challenge.

3 months went by. I did not run much – my left leg continued to bother me – and my patience was wearing thin. Running is good for the soul and not being able to run was upsetting my qi. I love exploring the world around me and sharing that time with friends. That’s when I developed Plantar Fasciitis. Well I guess the good news is I was already getting my left leg worked on so that just became part of the treatment! The frustration continued. My leg was not healing – my PF was not getting better and we could not figure out how to fix it. I had to make the tough decision to drop out of the Coastal Challenge. If I could not train – there was no way I’d be able to put in a strong effort on a grueling multi-stage race in the jungle and the window to back out was closing quickly.

In November – it seemed like things were turning around. Finally we figured out my left leg wasn’t working because the muscles weren’t firing correctly. Something in my lower back was impinging the nerves and cutting off the signals (which also explained why the back was hurting.) Thank Heavens! I focused on treating the back and within’ days my left leg was finally on the mend. For the PF I got the tip to get a pair of Birkenstock sandals (despite the fashion statement) and that healed up within’ 2 weeks. It seemed like things were turning around! I got back to running, and finished up 2018 strong continuing my 2000 mile streak for the 7th year.

I’m sure many of your reading this will remember back to the survey I put out about the goal I should chase after in 2019. For those of you who don’t know – I picked 5 possible goals for 2019 and left which one I’d chase after up to fate (a poll.) It was run 3000 miles for the year, complete my first 24 hour, chase after my Marathon PR, run 20 Marathons or a running streak (running at least 2 miles every day of the year.) Chasing after the Marathon PR was the winner (secretly I was actually chasing after them all.)

Then the reality of the move to Colorado hit. Life got pretty chaotic and trying to find time to fit running in especially being so physically exhausted with everything surrounding a long distance move and the emotions of leaving a place I’d lived more than half my life was for lack of a better word – impossible. I did manage to get in a run here and there but certainly I had no consistency. However there were still some moments of shining light. I had a great run at my 5th One City considering the lack of real preparation. I shared an incredibly awesome and uplifting run with Dave McGillvary, and a group comprised of Flat Out’s Jason Todd, WMC alumni and seriously talented runners at Boston and finished my first 100k distance run at the Dawn-to-Dusk-to-Dawn 24-hour. Things weren’t as grim as they seemed.

So imagine this: you’ve moved to a place plastered with incredible places to run and vast expanses of mountains and prairies with green hills and beautiful ranches. I was so excited now that things had calmed down and I could get back to running and exploring. I remember the first day I went out I had intended to do 4 miles and see what kind of routes were around the house. Holy cow – why was 4 miles so difficult?! Why is my heart beating so fast and I have to stop every 100 feet to catch my breath?

We’ve all heard about the effects of training at altitude. I didn’t think 7000 feet was real altitude but man was I wrong! I ran at 5000 feet in the past and never really had much of an issue. But at 7000 – 4 miles feels like 10. So I just decided I needed to take my time and ease into it. Run, take a day off, run, so on and so forth. I did some research and chatted with a few people and the reality is it could be several months before I’m really “used to it.” Some days were “ok” – others could barely make it 20 minutes.

Meanwhile I had a Marathon coming up. Prior to the move I figured I’d get out there – get a few runs in then go attack this predominantly downhill Marathon (REVEL Rockies) in search of that PR especially on the back of some decent long runs earlier in the year. It was clear that wasn’t going to happen. I did manage to get up to 10k but that wasn’t going to be enough to tackle 26.2. Then I got hit by some weird bug which sealed the deal anyhow.

This is frustrating. It’s been nearly a year now running has been so up and down and now. I’m struggling to even get out for 30 minutes! The rational side of me knows you can’t defeat science. I just want to run – and feel good doing it! I don’t even feel like I can go join a group not knowing was to expect any given day. And that kind of sucks. And it’s tough watching everyone around you getting out there – having great runs chasing after their goals. I miss that and I miss being part of it.

On the bright side – after coming back down to sea level for a feel weeks I learned all is not lost. I actually had some great runs at paces I hadn’t seen in a long while! That is coupled with the fact the temperatures relative to Colorado were disgusting. Wait for it…

… best case scenario I have a sprained toe – worst case it’s broken. Stupid chair. I’m sure you can see where this is going! That high I was just getting from feeling good and the renewed sense I still can run (I just need some patience) got squashed by reality hammer. While I still can walk and even have ran – I know it’s not smart and I’m going to hurt something else compensating for the foot that hurts for obvious reasons.

This doesn’t sound like a happy ending – right? I’ve definitely not set the stage for the glass to be half full in any of what I’ve shared. But anyone who knows me knows that isn’t how I roll.

Running is a physically tough – even more so incredibly mental sport. I preach and I coach you always have to find the positives or the negatives will drag you down. I’ve let the negative energy get the better of me and that isn’t who I am. It stops today and what starts is a new reality. One where I heal up, exercise a bit of patience, reflect on where I’ve come from and where I want to go and then I strap the sandals on and get back to doing what I love. This is one test I refuse to fail.

So if you’ve ever struggled and think you’re alone – rest assured you are not! All of us do at some point – even the “real runners.” I’m hoping by sharing my obstacles anyone in the same boat might be inspired to confront theirs.

Buckle up – JP Runs the World is back!

My favorite Prime Day Deals   JP and Adam on Hot100