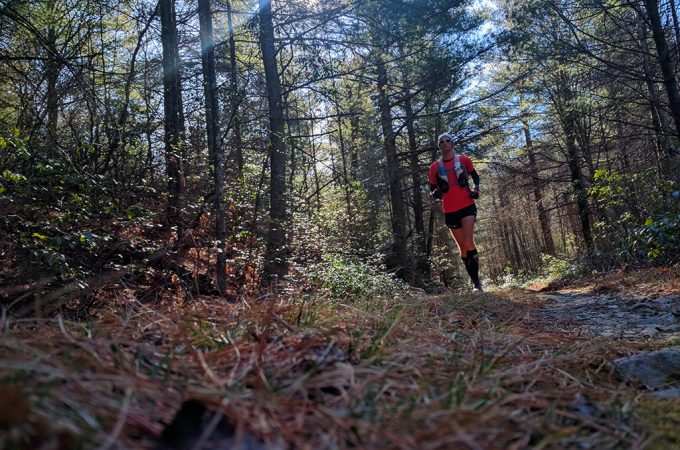 So how do you train to run 7 Marathons, on 7 Continents in 7 Days? I've been asking myself this question for the better part of a year now! And certainly I'm not talking only the physical aspects. There is a significant mental hurdle to overcome running the Marathon distance, then sitting on a plane for several hours en route to the next Continent, with the possibility of significant environmental differences and potentially little in the way of sleep or recovery.

My past back-to-back Marathon experiences such as the One City Marathon, followed by the Shamrock Marathon (both local and fantastically directed races) or Berlin then Chicago and finally New York have all been with at least a week in between to rest and recover. Those experiences made me realize that something like the World Marathon Challenge was in fact physically possible.

I've listened to Ian Corless talk with Michael Wardian on Talk Ultra after his staggering performance at this years World Marathon Challenge, averaging a blistering 2 hours and 45 minutes after completing the several Marathons. Michael talks about how for him one of the most difficult parts of the Challenge was getting quality sleep and that he was pushing himself to the limits on every single Continent. He talks about how by the time he reached Madrid he was flat and maintaining that same pace as he had done in previous runs was a significantly tougher effort. It's clear to me I'm going to have to test myself in some different ways.

The first way I can think to do that is as close as reasonably possible to simulate what it's going to be like to run a Marathon, travel, recover and then get up the next morning and do it again. This will also allow me to get a better feel for what effort I need to maintain in order to successfully and safely complete multiple Marathons.  So I've chosen two races, geographically close enough they can be reached by car but far enough that the time in between will give me an idea what it's like to try and recover after sitting in a relatively uncomfortable seat for several hours. My cousin Jenna has graciously volunteered to chauffeur me between the races.

The first race on March 11th is a return to the area I grew up and where I ran my 3rd Marathon back in 2011. It's the Rock ‘n’ Roll Washington DC Marathon & 1/2 Marathon (formerly the National Marathon). The rolling point-to-point course takes you by some of the most well known parts of DC such as the Washington Monument, the Lincoln Memorial, the National Zoo, Nationals Park, Capitol Hill and of course, the White House! I remember back in 2011 it was a cold day (which I prefer). My family endured the frigid temperature and were there at the start, mile 18 and the finish. Knowing you have the support of your family is incredibly uplifting and I ran one of my best Marathon times to date there! I am looking forward to a return to the Nation's Capital, seeing my family and rocking DC! Then it's get some food, straight to the car and hit the road.

After making our way back to Newport News, I'll be running in the One City Marathon the next day. March 12th. This will be the 3rd annual One City, and my 3rd appearance in One City. I've made it no secret that One City holds a special place in my heart. Not only is it my Marathon PR (back in 2015), but it is one of my favorite courses. It is also a point-to-point course that takes you from Newport News City Park, by Christopher Newport University, the Mariner's Museum through the historic neighborhoods of Southeastern Newport News and ultimately finishing in Victory Landing Park with a big finish line celebration. What I really love about One City is how involved and welcoming the Newport News community is. People come out of their houses and line streets to cheer runners on and provide course support. It has a remarkable way of making 26.2 miles go by incredibly quick. That support will certainly be awesome as this will really be miles 26.2 - 52.4 for me! And it goes without saying having some great friends out there (including the one and only double-H, Howie Hodapp who will be helping me through the journey) will be awesome too! I'm looking forward to sharing the inaugural One City Gose (a beer brewed by Tradition Brewing Co.) with everyone at the end of weekend running adventure!

Whether from afar, or at either of these two races in just over two weeks from now I definitely need your support! A simple "looking good" or high-five goes a long way and you bet if I see you out there I'll reciprocate! And well, I'll never turn down a swig of beer either 🙂 Have an awesome weekend and great runs!

Leave a Reply to Sandy